German paratrooper of the I/1 FJR with a Solothurn anti tank rifle . Soldier by Armourfast and ATR by @Mirliton

German Mountain howitzer 75mm/L13, disassembled and loaded on mule-back. The first and third mule-drivers bear the rifle in the usual fashion for German Gebirgsartillerymen: upon the chest (Almark publication "Gebirgsjäger) 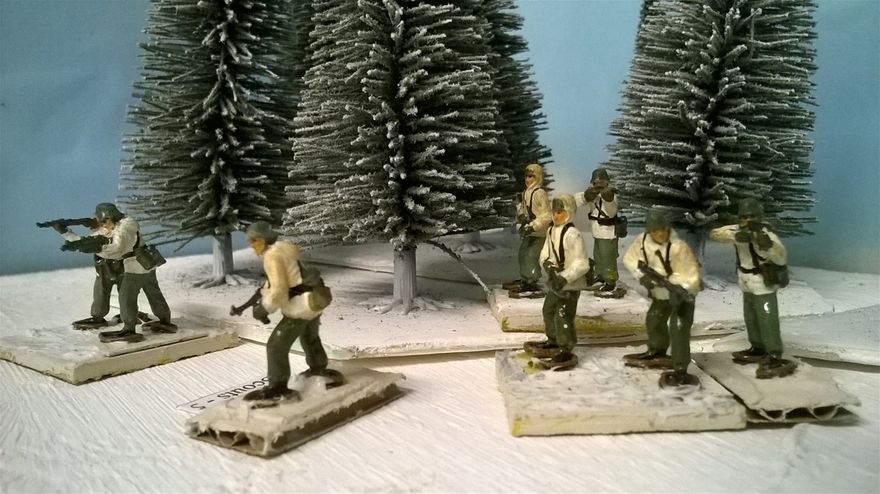 German Gebigsjäger with snowshoes. Snowshoes are hand-made and attached to Ceasar minis.

German Gebigsjäger with skis. Skis and sticks are hand-made and attached to Ceasar mini

The survivors of the crews of the 10 German Destroyers sunk by the Royal Navy in the battles fought on April 10 and April 13 were reorganized in two Marine Infantry Regiments.

They were armed with the weapons found into the mobilization store of the 6th Norwegian Infantry Division. On the left, an heavy HMG and crew by HAT WWI Austrian Infantry Heavy Weapons set. On the right two Marine Infantrymen by Ceasar's German Mountain Troops set. All of them wear the sailor's cap by the 12 useless sailors at "Attention" in the Revell set 02525 WWII German Navy

German Marine Infantrymen from the Caesar set H067 German Mountain Troops. In this box you can find some soldier of the SS Handschar Bosnian Division: they wear the turkish-style fez cap. These faez have been reshaped in forage-cap with a cutter.

German sailors succeded in recovering some light gun frome the few destroyers that had run arground. They were put into action in fixed positions.

The crews for this guns come from various boxes. The men on the right is provided by Airfix WWI Royal Horse Artillery set, the two other from the Revell box.

This crew is provided by 3 different sets. The Layer (on the right) comes from the Revell German Navy set. The crewman in greatcoat on the left is a baggage trai n soldier from Italeri set 6017 napoleonic Wars Accessories. The guy on the centre comes from the Airfix WWI RHA set 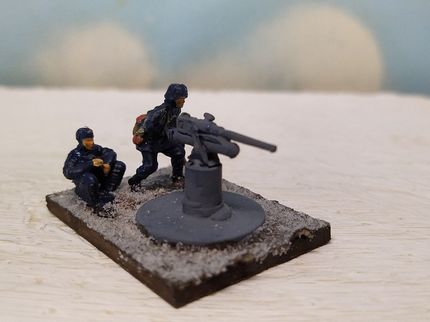 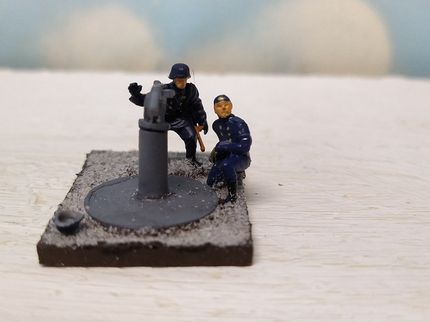 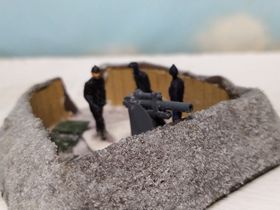 These gunners are all from the Revell German Navy set 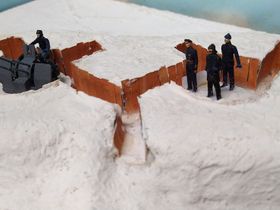 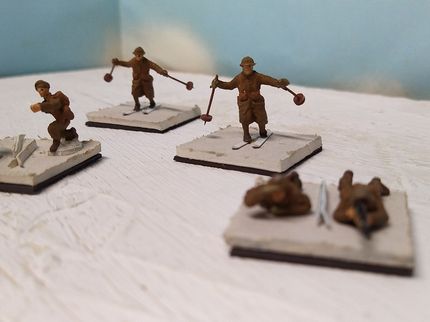 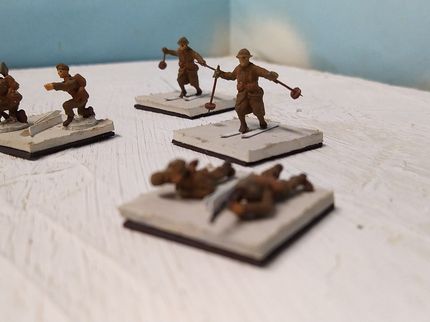